Dr. Bing Weighs in on “Fifty Shades of Grey”: Death Vs. Life 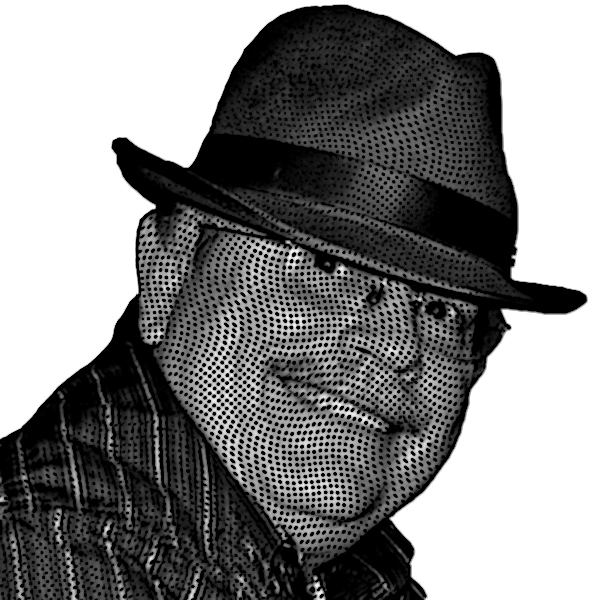 Dr. Bing looks at the darker shades of the Grey Series of books touting bondage and sadomasochism as legitimate ways to spruce up your love life.  Careful.  Death is lurking at your door. 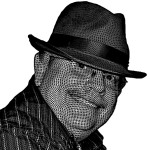 Recently a reader of this blog sent me the following question:

Do you have any thoughts regarding the book Fifty Shades of Grey that’s all the buzz right now?

I read the first 125 pages of the first book.  Prior to this book I’ve read a few spiritually based books, great reads, very uplifting, not to mention that I’ve focused on growing in my faith and spirituality over the last two years.  50 Shades has been all the buzz, I wanted to see what it was about.  Reading the book felt wrong.  I enjoyed the positive and uplifting feelings I experienced with the last couple books I read, this book however made me feel like I was taking 2 steps back in my faith and spirituality.  Something about it wasn’t right.  It’s not a very good book.  It’s unfortunate that it’s getting so much attention.

May I get your thoughts on it?

Thanks for your question.  I’ve been thinking about this issue more and more of late, not just because of its popularity in the common press, but because it keeps coming up in therapy.  It keeps coming up in therapy, not because clients are touting its praises, but because they are traumatized by the behavior.  The joy ride isn’t all the sound bytes say.  Too many people try on for size things recommended in the media only to find them wanting later.

I’m glad you listened to your conscience and quit reading.   There’s no sense in tempting ourselves.  There is such a thing as discernment.  You aren’t a prude for feeling something was amiss. Something is.

In brief, Fifty Shades of Grey* is all the rage right now in the press, supposedly secretly being read by sexually bored or unfulfilled 40-something plus year old women on their Kindles so no one will know they are reading erotica, er, ah, pornography.

Gina Ogden, who happens to have the same counseling license I have, keeps being interviewed about it and is even the keynote speaker at the AAMFT annual convention this fall. She says as women age (men, too) they need a little excitement to keep the embers burning.  She’s quoted in a recent article on Yahoo: “An extremely titillating book like this slows you down and gives you a fantasy from the reality of your life, from taking care of the kids, parents, working.”**

According to Wikipedia it’s sold 20 million copies worldwide in a matter of months.  The plot is a young single woman being seduced by a young, very wealthy and successful (he has his own helicopter) businessman, who has a very secret room with things he buys at the hardware store to use on his latest girlfriend.

If a leading sexologist and marriage therapist recommends it and millions of people are reading it and it’s all the rage, it can’t hurt, (sorry, a pun intended) can it?

We live in a day where boundaries are blurred or non-existent (abortion = freedom and does not = death, cohabitation = marriage, feelings = love, same-sex is the same as what’s going on between a husband and wife), so it shouldn’t come as a surprise that tying your wife up should be equated with love.  Er, not even your wife.  Your girlfriend.  Er, not even your girlfriend.  An acquaintance you met in the course of your work whom you manipulate to sign a contract subtly making her an accomplice: since she signed it, she can’t say she never asked for it, right?

For example, your wedding ring symbolizes your commitment to each other until death you do part.  It is an unbroken circle.  I have had many people in therapy because their spouse took his or her wedding ring off.  The act of removing your wedding ring is highly symbolic and filled with meaning.  The act of tying your spouse up for the purposes of making yourself happy is highly symbolic as well.  I’ve had many clients in therapy where the symbolism behind the actions of bondage and sadomasochism (abbreviated BDSM) have terrorized, traumatized and stripped any sense of safety and protection away in the relationship.  You were supposed to protect me and you threw me to the wolves instead…and enjoyed it!  Folks, this is creepy.

Fundamentally, protection is the essence of marriage.  Marriage between a husband and wife is the building block of society.  A husband protects his wife.  A wife protects her husband.  This instinct (I call it the Mother Bear Instinct) happens the moment you get married.  To counter this instinct and to symbolically convey domination, imprisonment, and sacrificial death is to invite devastation into your life, your spouse’s life and yields a trail of unintended consequences.

If you’ve read other of my blogs on sexuality, you’ve noted I’ve discussed from time to time the difference between the Sexuality of Life and the Sexuality of Death.  The Sexuality of Life is the life-giving, mutual and meaningful sexuality between a husband and wife.  Everything else creates or simulates death and depravity (rape, sexual abuse, sodomy, abortion, and pornography, to name a few, including BDSM).  Some people believe that if you are married you can do whatever you want in your marriage bed.  I do not hold this belief.  Just because you are married, this does not take away the meaning of your actions.  Your actions speak louder than words.  You can be selfish and hurtful about sexuality just like you can be hurtful and selfish about anything else.  The problem with hurt in the sexual arena it that is it so traumatic.  You can bring the Sexuality of Death into your marriage if you are not careful.

exercise control over others

consensual use of restraint

controlled by their partners

And that’s just from the introduction in Wikipedia.  The list goes on and on: chained to a wall, handcuffed, humiliated, tapegagged, cuffed, lashing, fastening with chains, punishment, caned, immobilization, flogging, whipping, to name a few.  There is real content here.  A message is being conveyed.  You can’t do these things without consequences.

The words and terms themselves convey and imitate death, ancient pagan sacrificial rituals, imprisonment, slavery, and even murder.

Compare this to what should be (!) conveyed between a husband and wife when they are sexual with each other (The Sexuality of Life):

making love with each other

fondly looking into each others’ eyes

not seeking your own

not rejoicing in evil

babies and connection to the next generation (!)

The contrast is startling.  Death and life are not the same.***  You aren’t going to get life by living on the edge of death.  You can introduce death into your marriage by dabbling in this stuff.

When I told my wife what I was writing about she asked, “What’s that?”  I’m really fortunate I have a wife who is innocent enough to not know about Fifty Shades.  When I described it she said, “Why would women want to put themselves back into slavery all over again?”  Which is my point, exactly.  But not just women.  Men, too.

If you are wise you wouldn’t be reading and inviting the Fifty Shades lifestyle into your life or your marriage.

Stay away.  Stay very far away.

*For the purposes of this review I read a few chapters of the book on Google Books.

** If you are bored in your sex life with your spouse there’s a really good chance your marriage needs a major tune-up.  Sexuality in marriage is often a picture of how well the marriage is doing, like the oil light on the dashboard of your car.  When the oil light goes on it tells you there’s a problem in the engine, like you need oil.  Likewise, if there is a problem in sexuality most of the time it means there’s something amiss in the marriage.  Trying to spruce up sexuality without dealing with the real problem is like hooking up a loud speaker to a fire alarm without dealing with the fire: it’s just going to make the problem worse.

***This is one of the recurring themes of the Bible.  See, for example, Deuteronomy 30:19 “This day I call the heavens and the earth as witnesses against you that I have set before you life and death, blessings and curses. Now choose life, so that you and your children may live.”  See also Jeremiah 21:8 and John 5:24.