Step Families and Cohabitation: An illustration

TRANSCRIPT OF THE PODCAST:

On this website we advocate for a lifetime marriage between a husband and a wife.  We are unashamed of this because long-term, faithful marriages have built in blessings for the participants you just can’t replicate anywhere else.  We fully realize that most of the folk in our society don’t believe this and their lifestyle proves this by the simple fact that many people live together without marriage or before their marriage or they divorce for a myriad of reasons thinking they’ll find someone else to live with because their marriages aren’t what they’d hoped. 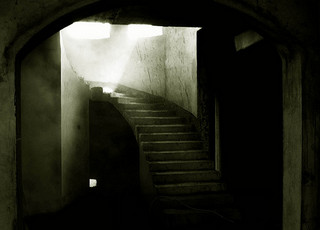 So they move in with someone else or marry someone else thinking the next time around it’ll be better, because they think they are older and wiser.  If they divorce there are reasons why and most of those reasons follow them into subsequent relationships or marriages.  In addition, if the other person or they themselves have kids they end up in a step family situation, which brings with it many unforeseen problems.  One of the most difficult jobs in the world is being a stepparent.

Imagine there’s a family run company that has been around for two generations.  The company has its problems, but for decades it’s paid the bills.   Everyone in the company is related, but they’ve done well enough to finally hire an outside employee.  Let’s say you are that employee.  You interview for the job and it seems a good fit and you start your job and it’s fine for a while.  In a short while, as a new employee with fresh eyes, you are going to notice things that don’t work and practices that are out of date and inefficient.  You see yourself as advocating for the company, seeking to help it grow and improve and so you start making suggestions to change this and that.

What’ll happen?  You will find resistance.  Why should they listen to you?  You are new.  We’ve done it this way for years.  We’re making a living.  We like the way we are doing it.  You don’t know why we do things the way we do them.  You don’t’ understand who relates to whom, who’s feelings are going to get hurt, that it’s difficult to run a family business and we don’t want anyone coming in here and shaking things up.  It’s fine you want to help, but do your job and shut up already with the suggestions.

That gives you a small idea of what it’s like to join a step family via marriage.  I say “small idea” because when you are done with work you go home at the end of the day.  In a stepfamily, this is where people live and spend their free time after work..  It’s no surprise many children don’t want to go home if mom or dad has married someone else.  With the new person in the home who has instant authority it doesn’t even feel like home any more.  Stepparents may not want to go home either because the stepparents may feel they have no say and when they seek to express their opinion all they feel is the animosity felt from their step children.

Stepfamilies through marriage are tough enough, and many people figure it out and they are a blessing to those kids.  But too many people add to their own misery by living together without marriage.  Maybe they were hurt by their former spouses and associate pain with marriage, so they think they’ll just live together without marriage and somehow the pain won’t follow like it did when they were married.

Okay.  Now let’s say, instead of being hired by the family run company, one of the family employees likes you and invites you to come to his place of work and you just barge in and walk around the place.  You snoop here and there.  You sit in the waiting room.  You go into the innermost offices.  You start going through the files and asking about the checking account balances and the secrets of the company.  You offer to help here and there.  They let you volunteer your services, but you aren’t paid.  You’re not an employee.  Then you have the gall to offer suggestions on how to run the place.  Then instead of suggestions you start to tell people how to run the place.  Then you get mad at the people in the family run business when they don’t do it the way you suggest and you don’t understand why they are mad at you and don’t want to have anything to do with you and would want you to leave and just go away.

That’s what it’s like to cohabit in a step family.  In short it’s a mess, an absolute mess.