On Shopping For a Mate

The reason that most singles would come see a marriage guy is because either they want to be married and they are lamenting that they can’t seem to find a wife or husband or they were in a serious relationship, either married and now divorced or cohabiting and now not, and they are seeking ways to heal and move on with their lives.

Good for them.  Not good for them that they broke up or can’t find the spouse of their dreams.  Good for them that they are seeking help.  One of the great problems of single people is that they don’t have someone to bounce ideas off of like married people do.  Actually, a lot of married people don’t take advantage of this either!  One of the great advantages of marriage is the built in checks and balance system.  You have another person there to challenge your sacred cows and to tell you that that is stupid or shortsighted or ignorant or damaging or immature or rude.  It’s not fun having someone poke holes in your little idols, and to find out that it only works for you, and others might find whatever downright appalling.  So some folk get downright mad when confronted with their shortcomings and get downright stubborn and if they are not careful they may get downright divorced along with their pride, also.

But, look: Don’t get married if you don’t want a regular source of opinions that differ from yours.  If you are right all the time, then you should stay single.

So hats off to the single people that go to counseling with a marriage guy, because they are demonstrating a propensity for a very important ingredient in being a good spouse and that is the ability to seek counsel and to challenge their own beliefs and to grow and expand their horizons and to be a better person.  Pride and being right all the time don’t make for characteristics of spouses in very happy marriages.  A little humility goes a long way.

A little second-guessing isn’t bad either, as long as your second guessing doesn’t turn into fear and self-pity.  If you are so self-critical and scared and shy that you can’t look the Target checkout lady in the eye, then you probably aren’t going to make a winsome spouse someday either.

My number one advice for singles seeking a spouse is to invest their lives in something other than seeking a spouse.  Invest their lives, not in finding a mate, but in finding a calling. Singles that spend their lives investing in finding a mate make pathetic spouses.  They are waaaaaay tooooooooo neeeeeeeedy.  If you do this you are looking for someone to make you happy.  That person doesn’t exist.  And when you think you’ve found this dream person that makes you happy he or she will turn out to be a nightmare, because you don’t find happiness in finding the right person.  No person is big enough for that.  That would make your spouse your idol, and that’s God’s place.  Idols don’t deliver.   Sorry.  But, no.

And when I say invest your lives I don’t mean spend hours and hours on eHarmony.com or Yahoo personals or whatever dream website you can find.  This is flushing your life down the toilet.  This is wasting your life on a fantasy that doesn’t exist and doesn’t deliver.  It’s addictive behavior.

You think you can shop for a spouse online and it not affect you?  Consider some observations I’ve made about couples who meet online:

The number one issue for couples that come to see me who meet online?  Trust. They come to see me after a few months together, and one of them is back online looking for Mr. or Mrs. Right again!  These folk already miss the buzz and thrill of the hunt and the adrenaline of total strangers saying all kinds of nice things to them.  After few months of marriage they realize their new dream spouses from heaven lived just down the block from Hell and they are already thinking about Plan B.  I must have found the wrong one!  The perfect person must still be out there.  The hunt is a trill and dicey.  Turns out the thing that got them off wasn’t MEETING Mr. or Mrs. Right.  It was the fantasy of FINDING Mr. or Mrs. Right.  The titillation.  Bunch of crap.  This stuff feeds unrealistic expectations.  I’ve got news for you: fantasies are just that: fantasies.  They go Poof! and they are gone in a flash.

The second most common problem of these people is angry outbursts. These couples are really volatile.  Huge explosions.  No one can live up to their romantic ideals.  They’ve spent hours and hours and hours fantasizing on what they WANT rather than INVESTING IN THEIR GIFTS AND BECOMING WHO THEY SHOULD BE.  Did you catch the difference?  These are vastly different viewpoints that will yield very different results.  Turns out their new spouses have feet of clay and don’t spend every waking moment thinking of ways to make their new spouses happy!  They spend every waking moment thinking of how their new fantasies should be making them happy!  And when they don’t?  Watch out.  The wrath doth fly!  If you met your soul mate online, runaway!  Runaway.  Very, very, very, far away, indeed.  They do not make the stuff of  viable, long-term mature spouses.  They are more concerned that their new spouses do that!  Great.  Just what you need:  someone to make you in his or her image.

The third most common problem I see from couples who meet online is a propensity of porn and other deviant behavior.  If the person you found shopped for spouses online (Look.  Be realistic.  Doesn’t that even SOUND creepy?) he isn’t far away from shopping for whatever else online, either.  Neither are you for that matter!  This stuff is also addictive and sets desire patterns for life.  Don’t fool yourself that you can shut this desire mechanism off just because you got married.  Porn and chatting and whatever else fits your fantasy, doesn’t demand anything of you, but your soul and your dignity and your integrity, too, as long as you are willing to pay the bill.  The bill will be paid.  The question is by whom?  I hope it’s not your future wife or husband, who doesn’t discover your secret life in the closet until after you’ve been married for three years and even have a kid or two and all of a sudden she stumbles upon this skeleton that has the look and feel of a live demon from Hell and she freaks, as she should, at the thought of it, let alone the reality of it, that she’s been sleeping with an absolute monster, who has the moral turpitude of an Amy Winehouse on crack and the facade comes crumbling down.

That won’t be a pretty day.  So do us all a favor and kick this kinky stuff out of your life while you are single and have some time to reform your brain and train your synopses to get their grove on with something positive instead of sewers and perversion and darkness and wantonness.  Just a thought.  Do this BEFORE.  WAAAAAAY before you get married.   Don’t just try to reform yourself after you find Mr. or Mrs. Right.  Please.  Habits die hard.  Marriage doesn’t make bad habits go away.  Marriage will take your bad habits and put a magnifying glass on them and hook them up to a loudspeaker. So if you don’t want the embarrassment of having to confess all this stuff to your future spouse, find a way to get this stuff out of your life altogether.  Better yet, don’t start it up in the first place.

That’s why it’s so important to INVEST your life.  Don’t tell me your life doesn’t matter unless you are married or unless you have kids.  I won’t let you get away with that.  Just stop it.  If you aren’t happy single you won’t be happy married.  PERIOD.  Did you read that?  The only way to have a happy married life is if both parties are happy in and of themselves.  The only way to be happy is to do the things that God called you on this earth to do.  God called you to be a blessing to others.  He didn’t call you to seek happiness.  He didn’t call you to seek marriage.  He called you to develop use your gifts.  As you find and develop your calling you will be happy.  This will make you the kind of person that someone else will find attractive.  Someone else with some spunk and drive and purpose, too!  That’d be good.

Read the parable that Jesus told of the ten talents (Matthew 25: 14-30).  Those that developed the investment their master gave them were rewarded up to ten-fold.  The person that squandered it?  Ahhhh….not a pretty sight.*

We have a whole generation of young people that are squandering their talents.  They PRETEND to have talents.  Playing Guitar Hero, PRETENDING to have talent!  More fantasy!  How about developing your talent!  God gave you more talent than you can possibly develop in 10 lifetimes.  I’m guessing we’ll have eternity to do that.  But meanwhile, you’ve only got so much time here to do it.  Facebook is NOT developing your talent.  Video gaming is NOT a wise investment.  Neither is surfing the net.  Just stop it, already.  It’s time to get a life.

Here’s a recipe disaster:  Look for happiness in getting married.  Make yourself attractive and go party-hardy and meet someone else at the bar who is a party animal and have great sex and live the New Jersey Shore life (are you kidding me?) complete with drunkenness and hot tubs.  Great.  This is NOT the stuff that makes for a faithful, loving partner for life.  You can bet that one of you will get pregnant and one of you will grow up and one of you won’t or neither of you will.  The odds of both of these party animals growing up at the same time are slim to none.  I wouldn’t advise you to marry a party animal.  Being one isn’t they way to go either.  It all gets very old.  Good old nature catches up with you and pretty soon your face is all wrinkled and you entered geezer land and you didn’t even know it.  You think you can do this stuff and not get burned? 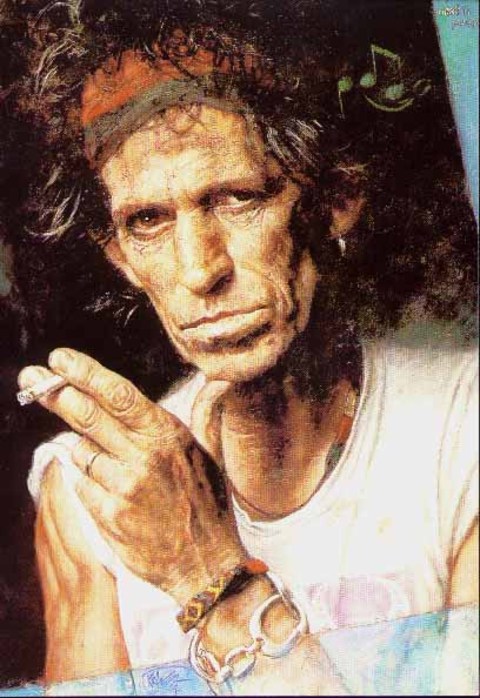 Don’t marry anyone until you figure this out yourself or you are at least on the journey to figure it out.

That’s an investment worth making.  If you find a spouse while you are on that journey, fine.  If not, fine.  Either way you are fine and your life mattered.  In whatever stage you are NOW grow, stretch, learn, invest, give, and develop.  Make your life count NOW.  NOW is all you have.

*The direct quote is actually: “Throw out the worthless slave into the outer darkness; in that place there will be weeping and gnashing of teeth.”  (vs. 30 NASB)