In just asking this question, I have in my minds eye a young man, say about 30, who’s now married or thinking of getting married and he’s sitting on my couch by himself, say, and he’s leaning forward with his elbows on his knees and his fingers intertwined, like he’s praying, and he’s looking at me with a pleading look on the one hand and a please don’t answer the question on the other, because if I’m able to answer this question in any cogent way at all he knows he’s going to have to say goodbye to a friend that he’s depended on for comfort almost daily or even daily for fifteen years and it’s like pulling a dead puppy away from a little boy whose been crying over the dead puppy just a little too long and instead of growing up the little boy clings to the dead puppy for comfort, knowing that if he doesn’t let go he can’t become a man.

Every boy knows this.  You don’t need me to tell you.  In fact that would be the first reason to give up porn: you can’t become a man if you don’t.  I don’t mean the TV version of a man.  A man on TV sitcoms is shallow and selfish and short-tempered and petty.  No.  I’m talking about a man who has dignity and deserves respect and can hold his head high and can be proud, not arrogantly so that he pushes people away, most of all his loved ones, but proud in the sense that he has nothing to hide. 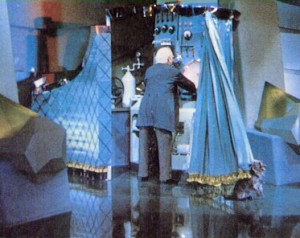 That’d be a third reason to quit the stuff:  It’s NOT a relationship.  It’s training you to NOT have a relationship.  It’s self-worship.  It turns you inward.  You become your own idol.  The problem is you make too small of a god.  You aren’t big enough to worship.  You tell me, well, I’m not a Christian.  Okay.  Fine.  Here’s a non-denominational thought for your non-Christian brain:  Jesus said, the pure in heart shall see God.  So turn that on it’s head and what do you get?  The impure in heart will see ________?  Tell me what you see if you are impure in heart?  You’re not religious, right?  But you are impure?  You’d dispute that porn isn’t impure?  Are you kidding me?  Who are you fooling?  You actually believe this poison you’ve been worshipping is (can I say this?) pure?  Pure?

There once was a man who hated his job.  The odd thing was he trained for this job and went to college and spent thousands of hours and thousands of dollars to become good at this job and there was a time when he felt really accomplished at this job because he was good at it, but, alas, it had lost it’s allure.

One day his boss caught him looking at ungodly women doing contorted ungodly, unnatural things, right there in the boss’ business on the boss’ time.  This particular young man was lucky, because the boss could have fired him on the spot as a lot of companies have a one and done policy.  They don’t take kindly to employees coming to work, pretending to work and fritting away their time in la-la land.  It’s called stealing.  This would be another reason to quit porn.  Nevertheless, this particular employee had a gracious boss, who took the young man aside, who was used to coping with his problems by thinking of ungodly women doing contorted ungodly, unnatural things, and said, as much as he liked the young man, he didn’t want to pay the young man to frit away his time living in a fantasy world and if the boss ever caught the young man fritting away his life on company time again he would be immediately fired.

He found that when he discovered these mistakes and oversights that he felt really accomplished for doing a good job and his enthusiasm for his job began to return.  He was thinking clearly and seeing there were a lot of things he’d been overlooking.  He thought of new ideas to improve things.  His creativity came back.  His passion for his work came back.  In fact, he no longer dreaded coming to work and liked his job again.

And I haven’t even mentioned your wife (or future wife.  If you are not married, let’s not forget her.  That’d be another reason to quit porn) and how it devastates her and tells her she’s not pretty enough or thin enough or stacked enough or flamboyant enough or contorted enough because she’s very aware somehow these UWDCUUT somehow make you happy or you convey that to her by your judgmental comments now that your brain is steeped on perversion and multiple body parts too numerous to mention.  Having just two breasts, for example, wouldn’t really do it for it you, now would it?  That’d be reason enough right there to quit the stuff.  Really.

But you didn’t need me or your therapist or your pastor or anyone else for that matter telling you, did you?

To see Dr. Bing’s other blogs about pornography click here.